#MeToo has been making the rounds on social media this past week as people shared their stories on how they’ve been sexually abused. The point of it was for people to use the hashtag, to show the magnitude of this issue – needless to say, it trended. This trend shows the number of broken people, needing some form of escape from the shame that traps them, but is there really freedom for those that have spoken out and the many others that haven’t?

The stories are heartbreaking to say the least, but what I found significant was the reality of sin and the shame it brings. The hashtag in and of itself highlights that. When we respond to someone by saying ‘me too’, usually it’s because one person was brave enough to say something, then others felt brave enough to share their experiences as well.

If you’re changing in your room and an unexpected guest bursts into your room unexpectedly, your response is to cover yourself because you feel exposed. This is as a result of the fall because prior to that “…the man and his wife were both naked and were not ashamed” – Genesis 2:25. After the fall they were ashamed, their eyes were now opened and they knew that they were naked, even hiding themselves from the holy God they never used to hide from, because now they knew good and evil (3:22).

[eltdf_blockquote text=”Sexual violation is sin and it wrongfully brings shame to you because it places you in an act of sin involuntarily. ” title_tag=”h2″ width=””]For the longest time I kept “our” secret, because that word made me a willing participant in the act. I didn’t want anybody to find out about it because then I’d be exposed for the forward and bad child I thought I was. Despite the tears, pleadings to stop and the fruitless fight I put up with him, when he said “our” secret, it meant him and I, therefore, I was at fault and it kept me trapped.

The issue was the shame I was feeling was unfounded, and so are many of those that said #MeToo. When it came out, I kept having to be told that I was raped, but I didn’t feel I deserved to be in that category, that was for other people, you know those that are taken by a stranger at gunpoint or something, this was someone I knew and trusted and it just seemed too harsh a label for him to be called a rapist. So on top of that I also felt guilty for ousting him.

Oftentimes I’d feel numb to things, I struggled with getting emotionally attached to people and I’d try to avoid conflicts and things that have too many emotions, I just didn’t like feeling. Most times I’d be okay with that approach but every time the question of virginity came up, as is common in church circles, I’d be stuck, I just didn’t know whether I was pure or not.

That was a major challenge for me – purity. But as I grow in Christ and in knowledge of the truth, I’m learning to replace what is not true with the truth of God’s word. I may not physically be a virgin, but by God’s grace I am saved, I am purified from all unrighteousness. I may not feel like making close friends, but the Lord did not create me to be an island Christian. I may be tempted to wallow in my feelings and follow my heart, but the truth is that my heart is deceitful and I cannot trust it.

[eltdf_blockquote text=”I’ve found and continue to find true freedom in the fear of the Lord.” title_tag=”h2″ width=””] I’m far from perfecting this, but the Lord has been gracious in allowing me to be a part of a solid bible teaching church, bringing older wiser women that have been so essential in pointing me in the way I should go and dear godly friends that constantly challenge me in my fear of the Lord. So from one sister to another, though it’s tempting to follow our feelings, it’s life-giving to completely trust the Lord, so let’s find comfort in renewing our minds daily with the TRUTH of God’s word.

Foster Mama, I See You 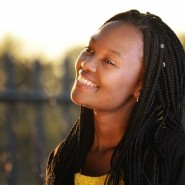 Basically 30 year old lady from Jo'burg saved by grace with an aim to know God more and present Christ beautifully to those around me through the power of the Holy Spirit. Forever singing and you're always guaranteed a smile from me!

An artist moulded by the greatest Artist of all time!

Weeping with those who weep

A Mosquito In My Joko Tea‏

* You will receive our latest articles in your inbox

Our prayer is that you will be encouraged in any way to a more Christ-centered womanhood by His sufficient grace to the praise of His glory.

We are a group of ladies from different walks of life who have been saved by the scandalous grace of God. Our deepest desire is to live for the glory of our Lord and King and to encourage fellow sisters in the same pursuit.