Home > blog > Events > The cycle of sin in the world: Power and hatred in a world that is anti-God – Part 2

The cycle of sin in the world: Power and hatred in a world that is anti-God – Part 2

What is happening in SA at the moment?

Media has been abuzz with news about South Africa these past few weeks. Men who have raped and killed women, and men who have kidnapped children. Is this something new? No. There have been a number of violent attacks on African people, by other African people, simply because they are from a different part of the African continent. Are these xenophobic attacks new? No. Is this a phenomenon that has occurred in the past? Yes. Here again, sin in the form of power and hatred rears its ugly head. Men wanting power over women, different cultural groups wanting power over one another. Not seeing one another as human beings, created in the image of God, as fellow image bearers (Genesis 1:27). Sin is sin, and it manifests itself in different forms.

Looking at the history of South Africa, we see how sin manifested itself in the form of apartheid. People of one skin tone thinking they are better than people of another skin tone. Why? For one group to have power over the other. Let’s think about this. What happens to someone who has been sold the narrative of being lesser than another over time, decades and centuries? Will that person just decide to change their mind and start seeing themselves as equal to those who have been believed to be superior all this time? Will all the hatred towards the other, automatically change? Will a period of 25 years of freedom from the oppressor undo centuries of oppression, just like that? We would have to have a greater power than man believes himself to be, to truly change the mindset of both the oppressor and the oppressed to do truly do that. We are still seeing the effects of apartheid today.

Am I saying that apartheid has caused all the wrong that is happening today? No. It’s sin, and that sin manifested itself in the form of apartheid.

Apartheid aside, have we forgotten about the wars between different cultural groups in Africa and South Africa? Have we forgotten about the Mfecane? The period of widespread chaos and warfare among indigenous ethnic communities in southern Africa during the period between 1815 and about 1840? Many may say a lot of the conflict was instigated by the colonial forces in order to destabilize African cultural groups, but whether or not that was the case, we still see sin at play, with the quest for power and a hatred of the other, being evident. We still see this happening today, the cycle continues, not only on the African continent, but in the world.

What is the cause of what is happening?

What is the cause of all that is wrong in this world? Sin. “Sin entered the world through one man, and death through sin, and in this way death came to all people, because all sinned” (Romans 5:12) Once we deny this very fact, human beings are doomed. Denying this means there is no hope and we will continue to spiral into destruction and chaos. Recognising the one problem of this world, the biggest problem there will ever be, shows us that there is a problem that needs a solution.

We have seen sin manifest itself in power and hatred, which has led to many consequences. The world has been in deadly wars, genocides, all because of the need for power over the other and hatred of the other to have power over them. These are all means of destruction, caused by the need to want more,

Only God has power! Jeremiah 10:12-13 says “He has made the earth by His power, He has established the world by His wisdom, and has stretched out the heavens at His discretion. When He utters His voice, there is a multitude of waters in the heavens: And He causes the vapors to ascend from the ends of the earth. He makes lightning for the rain, He brings the wind out of His treasuries.” Who in this world has such power? Which being that ever existed?

Romans 1:20 tells us “For since the creation of the world His invisible attributes are clearly seen, being understood by the things that are made, even His eternal power and Godhead, so that they are without excuse”

Only God provides us with what we need! He has given us everything by His power:

“As His divine power has given to us all things that pertain to life and godliness, through the knowledge of Him who called us by glory and virtue,” 2 Peter 1:3

“Look at the birds of the air, for they neither sow nor reap nor gather into barns; yet your heavenly Father feeds them. Are you not of more value than they? Which of you by worrying can add one cubit to his stature? “So why do you worry about clothing? Consider the lilies of the field, how they grow: they neither toil nor spin; and yet I say to you that even Solomon in all his glory was not arrayed like one of these. Now if God so clothes the grass of the field, which today is, and tomorrow is thrown into the oven, will He not much more clothe you, O you of little faith? “Therefore do not worry, saying, ‘What shall we eat?’ or ‘What shall we drink?’ or ‘What shall we wear?’ For after all these things the Gentiles seek. For your heavenly Father knows that you need all these things. But seek first the kingdom of God and His righteousness, and all these things shall be added to you. Therefore do not worry about tomorrow, for tomorrow will worry about its own things. Sufficient for the day is its own trouble.” Matthew 6:26-34

He provides us with what we need including our need for a savior from sin.

For God so loved the world, that He gave His only son, that whosoever believes in Him shall not perish, but have eternal life. John 3:16

This is our only hope in the world. We have a way out from trying to satisfy ourselves. A way out from all the sin that is causing destruction in this world. From all the sin that is destroying us. From being far away from the one who created us and has provided all we need. There is a way to be content with what He has given us. A way to love others and see others as fellow image-bearers in Christ. A way from not competing with others and thinking more of ourselves. His name is Jesus.

And you He made alive, who were dead in trespasses and sins, in which you once walked according to the course of this world, according to the prince of the power of the air, the spirit who now works in the sons of disobedience, among whom also we all once conducted ourselves in the lusts of our flesh, fulfilling the desires of the flesh and of the mind, and were by nature children of wrath, just as the others.

But God, who is rich in mercy, because of His great love with which He loved us, even when we were dead in trespasses, made us alive together with Christ (by grace you have been saved), and raised us up together, and made us sit together in the heavenly places in Christ Jesus, that in the ages to come He might show the exceeding riches of His grace in His kindness toward us in Christ Jesus. For by grace you

have been saved through faith, and that not of yourselves; it is the gift of God, not of works, lest anyone should boast. For we are His workmanship, created in Christ Jesus for good works, which God prepared beforehand that we should walk in them. Ephesians 2:1-10

He is the spotless lamb, the only one who has ever lived without sin, yet took the punishment of the sins of the world upon Himself. The only begotten son of God, fully God and fully man, who came to save us. The righteous one who imparts His righteousness on us, so that we may be reconciled to the Father. He took the wrath that we deserve, upon Himself and has ascended into heaven as His work on earth has been completed.

He left us with His Holy Spirit, to continue the work of transforming us into the likeness of Himself.

To help us understand His will for us through the scriptures, and applying it to our lives:

But the natural man does not receive the things of the Spirit of God, for they are foolishness to him; nor can he know them, because they are spiritually discerned. But he who is spiritual judges all things, yet he himself is rightly judged by no one. 1 Corinthians 2:14-15

To convict and transform us, to hate sin and turn away from it:

To rely on His ultimate power in our lives and to put all our trust in Him. For our good.

To teach us to love one another as he loved us.

“Now hope does not disappoint, because the love of God has been poured out in our hearts by the Holy Spirit who was given to us” Romans 5:5

We can never have all the power, because all power belongs to the Lord. We can never provide ourselves with all we need because only God can do that. We cannot love our neighbours without knowing the love of God, without knowing God who is love Himself. My prayer is that the Lord will, through the preaching of His word, transform hearts. It’s the only solution to the problems of the world. It has been the only solution and will always be. For those who do not know the Lord, seek Him, turn to Him in repentance that He may transform your heart and mold and make you into His likeness. That you may live a full life honouring to Him and be reconciled to Him. For those who know the Lord, let us continue to seek Him, let us continue to share the good news of the gospel with our neighbours. Let us love them so much that we don’t want them to perish. Let us not be shocked at the state of the world and say “look at them, look at what sinful people are doing,” Let us love God and His people, taking heed to the great commission:

“Go therefore and make disciples of all the nations, baptizing them in the name of the Father and of the Son and of the Holy Spirit, teaching them to observe all things that I have commanded you; and lo, I am with you always, even to the end of the age.” Amen. Matthew 28:19-20

This is the only remedy to the problem of sin that plagues our societies and causes destruction.

The cycle of sin in the world: Power and hatred in a world that is anti-God - Part 1 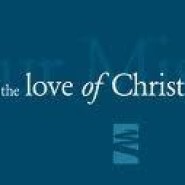 Rachel is a servant in pursuit of her Lord and saviour Jesus Christ. She is married to the love of her and life and together, they have a beautiful and lively daughter whom they seek to raise in the fear and admonition of the Lord. She loves reading, writing, tea, and chocolate chip cookies.

Zimbabwe: The Anguish Of Misplaced Hope

COVID-19 and The Mental Health of the Believer.

The cycle of sin in the world: Power and hatred in a world that is anti-God – Part 1